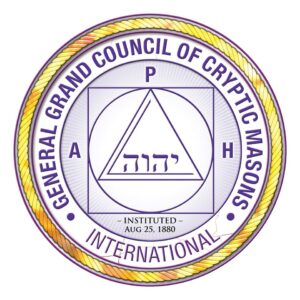 Since the Virtual General Grand Council 47th Triennial Meeting (2020), there have been no face to face meetings, but new developments emerge on the last months regarding the reinstitution of the Cryptic Masonry in Brazil.

Several virtual meeting with cryptic masons in Brazil were held, Communications and Decrees from the GGCCMI brought light and new perspectives for Cryptic Masonry and aspects concerning regularity of members were the main topic.

On December 17th, the GGCCMI issued an important Communication in which states that the only accepted Grand Chapter in Brazil is the Most Excellent Grand Chapter of Royal Arch Masons for the Federative Republic of Brazil (“New Grand Chapter – MEGC), point the only way to remain a regular cryptic mason. On April 21st, a new decree from the GGCCMI, expelled all cryptic masons that were not found in regularity.

The pandemic situation has had a huge effect in Brazil and after a great effort from the Grand Officers of GGCCMI and the regular members of cryptic masonry in Brazil. On June 9th we had the privilege of the installation of our Grand Council UD, called Most Illustrious Grand Council of Royal and Select Masters for the Federative Republic of Brazil ( MIGC ).

Since that, regular cryptic masons started the process of registering to the New Grand Council UD and virtual meetings, with Brazilian Grand Officers were held to instruct the companions how to proceed.

A future date for the Brazilian Annual Assembly will be informed in the next couple of weeks and it seems that the pandemic situation in Brazil is getting better, with new cases and deaths decreasing considerable and restrictions being canceled.

I want to personally express my sincere gratitude to the GGCCMI Grand Officers for the support and cooperation; in special to thank the orientations, confidence and friendship of the General Grand Master Monty Glover. It has been always a pleasure and honor to serve our General Grand Council and the Cryptic Masonry in general.